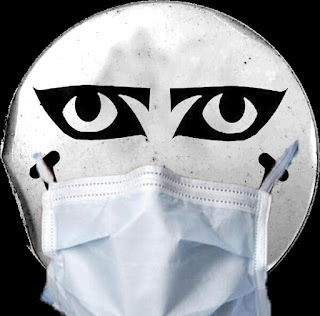 Here's to wishing you all a fabulous World Goth Day!

Short Story: The End of Despair 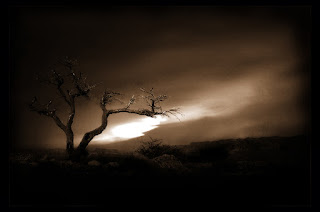 These days, its hard not to have the Corona Virus not only on our minds, but imprinted upon our consciousness. Saturday afternoon, while feeling particularly morose, I came up with a story idea and managed to get it completed within a couple of hours; a most unusual feat.

Even though this piece will appear in my next book, I thought I would share it; especially, since so many of us are inside and unable to go about our normal activities. So, I hope you'll enjoy this short piece. 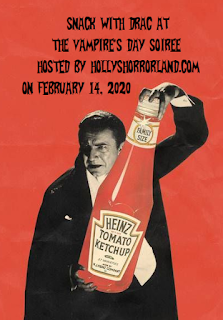 Dear readers, welcome to my contribution to Holly Strange' ninth annual Vampires Day Soiree, which is an event held each and every February 14th as an alternative to the mainstream's Valentine's Day. And why not? Those of us into vampire lore and legend understand that these blood-drinking creatures can be...shall we say, quite sensuous when the situation calls for it?

Today's offering is somewhat different from my usual fare. Instead of posting an excerpt from a story, as I usually do, I am providing a piece of flash fiction for your enjoyment--in full! The piece first appeared on a Facebook page called The Gothic Library, which was maintained and participation solicited by a young lady named Mindy Leah. To the best of my knowledge, the page no longer exists. Still, the piece is mine and will appear in my next published book. For today though, I offer you Liliana, and it appears below.

Liliana stared at the man lying below her with contempt. Once a high government official and decision maker, he had been reduced to a sobbing, groveling, pleading shadow of what he had once been.
It had been easy for her to cross the border, unlike most of the people from her land. After all, no one would even notice a bat traversing what the people called la frontera under the cover of darkness. It had been equally easy to lure her victim out of his place of safety. She knew that no man could resist her charms, so she had simply enchanted him that night as he returned home. Then, she drove him to the secret place that she kept reserved for creatures such as him.
"Voy a matarte," she said quietly, seductively. "I'm going to kill you. "The only question is how."
The man looked up at her pleadingly. "No, please no! I'll do anything you want. I have plenty of money. You can have it. Just please don't harm me?”
“Ha! You plead for mercy after harming so many children? You want me to spare you after you ripped them from their families and placed them out in the hot desert sun to suffer? You never considered that some of we Hispanas might belong to the order of Dracul, the House of the Dragon. You and your arrogance! I despise you.”
As Liliana continued gazing down at him she considered the possibilities. Oh yes, she thought to herself, I will have the pleasure of drinking his blood. But I want to have a little fun first. Hmm….I could mercilessly tease and frustrate him with my feminine charms. That would be most enjoyable. Then again, I could invoke the powers of the Dragon, and slowly burn the flesh off this pitiful creature. Nada es imposible.
“Vas a sufrir,” she told him as he stared up at her without understanding. “¡Vas a sufrir mucho!”
Liliana lit a cigarette and blew the first puff of smoke into his face. She gazed down at him with a seductive smile while extending her free hand to stroke his face slowly, sensually.
“First I will finish my cigarette,” she informed him without breaking her smile. “Then my fun will begin. Once thing is certain, amigo, voy a matarte.”

I hope you enjoyed that. And don't forget to head on over to Holly's Horrorland
in order to see what things vampire others have contributed. If you don't see Holly's post for the event, just scroll down a bit. As always, I'd like to thank Ms. Holly for hosting this event. 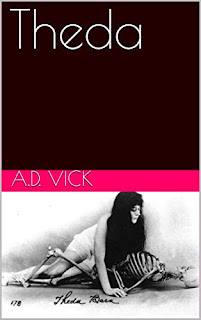 It has been a while since I've posted anything here, but I'd just like to mention that I have a new piece of short fiction available now at the Kindle Store. Here's the way I describe the story:

"An overly shy college student, who is enamored with the long-deceased actress, Theda Bara, is transported one night across the veil that separates the realm of the living from that of the dead. It is here that, to his astonishment, the beautiful silent-film star appears, and seductively convinces him that, if he can only invoke her presence properly, she could join him on his side of the veil. As the young man returns to the earthly realm and begins working toward that goal, he is completely unaware of what his actions will lead to."

As I've mentioned before, I don't use this particular blog for commercial purposes, so I'm simply providing a link here
b y which you can find more information if interested.
On another note, Valentine's Day is almost here, and that can mean only one thing; it's almost time for the ninth annual Vampire's Day Soiree,
which is hosted every year by Holly Strange. It's an event that I always look forward to, and enjoy participating in.
This year will be no different, and instead of providing the reader with a excerpt from one of my vampire stories, this time around I plan on providing my readers with a full piece of vampire flash fiction. So, I hope that you'll join me for that.

That's about all the news I have for now. For the first time in several years, we might be getting a few inches of snow within a couple of days, so I need to go and prepare for that as I'll likely be snowed in. For those of you who live in more northern climes, it might seem laughable that a person can get snowed in with only a few inches of snow, but trust me, it's very real.

Thanks for stopping by, and I hope you'll all tune in on the fourteenth for the Vampire's Day Soiree.