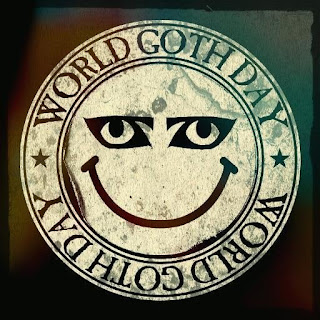 During one week in 2009, BBC Radio 6 was featuring the music of various subcultures. On May 22, the network focused on the goth subculture and its music. Some of the better known folks in the goth scene at the time, such as DJ Martin Old Goth and DJ Cruel Brittania, suggested creating a special goth day. May 22 became "a day where the goth scene gets to celebrate its own being, and an opportunity to make its presence known to the rest of the world." Tomorrow we celebrate the thirteenth annual World Goth Day.

Celebrations are taking place in many parts of the world. If you would like to see if something is taking place near you, just follow this link to the World Goth Day website.

Have a great day!

Posted by Nightwind at 1:56 PM